The 2019 Federal Election is over. Will there be any changes to the guidelines and policies that make housing more affordable for hard-working Canadians?

Mortgage Professionals Canada | Oct 22, 2019 – Our initial expectation is that mortgage rules and related policy will not be a top priority for Justin Trudeau’s 156-seat minority government. We do believe the Liberals will implement their national tax on vacant residential properties owned by non-Canadians who don’t live in Canada, likely in the spring budget. The promised increases to the FTHBI in the GTA, GVA and Victoria would be welcomed but may not be immediately forthcoming. We expect there will be further internal dialogue between the Ministry of Finance, CMHC, Bank of Canada and OSFI before this promise is implemented, either as presented or with modifications. We anticipate many of the policy folks will want to keep the limits where they are for fear of increasing housing demand and therefore prices (especially given the Toronto market’s performance on recent months), while elected officials will want to move forward with the promised increase. We will monitor those discussions closely.

Since the beginning of 2018, MPC has asked all parties to reintroduce mortgage insurance eligibility for 30-year amortizations. We are thankful to the NDP and the Conservative Party for adding this to their respective election platforms. We do not expect the Liberals will consider adoption of insurable 30-year amortizations as policy independently, but in a minority government, opposition allegiances can set the agenda of the day. We will ask the NDP and Conservative Party to help convince the Liberals on this issue, and the overall success of the FTHBI will likely determine Parliament’s appetite to press this issue. Insurable 30-year amortizations remain a sensible idea with a lower overall cost and exposure to taxpayers when compared to FTHBI, and with immediate benefit to aspiring homebuyers.

(It is also possible that the FTHBI could be replaced by 30-year ams, but we see FTHBI surviving through this Parliament, at least.)

We have also asked all parties to work with OSFI to remove the mortgage stress test on renewals or switches. The Conservatives made this part of their platform, and Liberals and NDP caucus members we meet with are by and large supportive of this, too. We will work hard on this.

Finally, there is the real issue of regionalizing “one-size-fits-all” national policy. Justin Trudeau announced regionalized adjustments to FTHBI for Toronto and Vancouver just 10 days after the program went live. From the onset, MPC suggested FTHBI was going to have poor uptake without changes to account for Vancouver and Toronto housing prices. At an important October housing debate we attended, Adam Vaughan, a Liberal MP with a strong housing portfolio, cited Trudeau’s September promise to change FTHBI as proof Liberals would now work to regionalize OSFI and CMHC policies where it makes sense.

National policies implemented intending to cool the Vancouver and Toronto housing markets have harmed most other markets in Canada that didn’t need cooling (especially Alberta and the Prairies). With the feeling of “Western Alienation” regrettably now more pronounced post-election, we feel there is a greater likelihood that Mr. Vaughan and the Liberals will insist on fewer “one-size-fits-all” policies, where logical and possible, and we will assist them.

While many Canadians will want to see action, minority governments last longest when they keep it simple, and not act too boldly. No party wants another election so soon, certainly not with depleted candidates, volunteers, and party bank accounts.

Regardless, MPC will not wait. We will have early discussions with all parties on how to improve homeownership across Canada.

Mortgage Professionals Canada is a non-profit, national mortgage industry association representing 11,500 individuals and 1,000 companies, including mortgage brokerages, lenders, insurers and industry service providers. Our members make up the largest and most respected network of mortgage professionals in the country whose interests we represent to government, regulators, media and consumers.

The mortgage broker channel originates more than 35% of all mortgages in Canada and 55% for first-time buyers, representing approximately $80 billion dollars in annual economic activity. With this diverse and strong membership, we are uniquely positioned to speak to issues impacting all aspects of the mortgage origination process.

The mortgage broker channel is a critical and valuable profession. It creates possibility, fuels the economy and provides Canadians with choice when making the most important financial decisions of their lives. 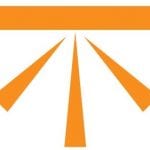 Benchmark Mortgages Inc. is an Edmonton brokerage designed to establish meaningful long-term relationships with clients and help them achieve financial freedom faster with diverse and customized mortgage options. The term “benchmark” originates from the chiseled horizontal marks that surveyors made in stone structures as an established point of reference. By definition it is a mark that serves as a standard by which others may be judged or measured.

Need Help With Your Edmonton Mortgage? Contact us Today!